Vancouver, BC – The terrible truth behind the undercover investigation at ITR Laboratories in Montreal exposed by the animal advocacy organization Last Chance for Animals (LCA) is that the case is not an isolated one. Animal abuse is inherent in the very system which allows invasive experimentation on animals.

As revealed by LCA, Canada is the only G7 country without federal government inspectors with the power to enforce rules governing animal treatment in testing and research labs. Instead, Canada has the Canadian Council on Animal Care (CCAC) – an organization that can only investigate complaints with the co-operation of the research labs, and which has never removed certification from any facility, no matter how egregious its violations. The CCAC is also only responsible for publicly-funded organizations, leaving animals held at privately-funded labs completely unprotected.

While the LCA investigation focused on animals used for testing, millions more are used for research, over 60% of whom suffer for basic, curiosity-driven research with no practical application.

Also making Canada unique is the fact that the CCAC specifically allows animals to be subjected to severe pain, even that which is “near, at, or above, the pain tolerance threshold for unanesthetised, conscious animals” (category of invasiveness E). This level of deliberately inflicted suffering is considered criminal cruelty in Europe and is why MP Don Davies joined us in petitioning the Canadian government to legislate an immediate ban on all research falling under this category.

In 2009, Canada became a member of the International Cooperation on Alternative Test Methods (ICATM) but has since failed to comply with the agreement in refusing to actively seek out and implement alternatives to animals in experimentation. Meanwhile, countries like New Zealand, the UK, Germany and Spain have decreased their use of animals in testing and research by up to 26%, with the Netherlands committing to phase out all animal experimentation by 2025.

At minimum, Canada must immediately regulate animal treatment in testing and research labs. “Until animal research can be eradicated, the animals must be protected”, stated Laura-Leah Shaw, Director of the Animal Defense and Anti-Vivisection Society of BC.

To learn more about the Animal Defense & Anti-Vivisection Society of BC, visit: http://adavsociety.org. 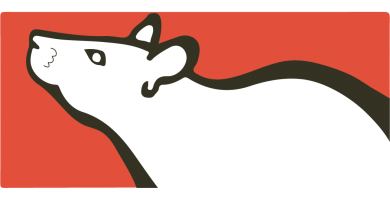 May 1, 2017 ADAV Society Comments Off on Media Release: ADAV Society of BC Launches New Humane Charities Campaign in Honour of 90th Anniversary

Groups From Across Canada, US, Europe Call on UBC to Disclose Information about its Animal Research

October 12, 2010 ADAV Society Comments Off on Groups From Across Canada, US, Europe Call on UBC to Disclose Information about its Animal Research