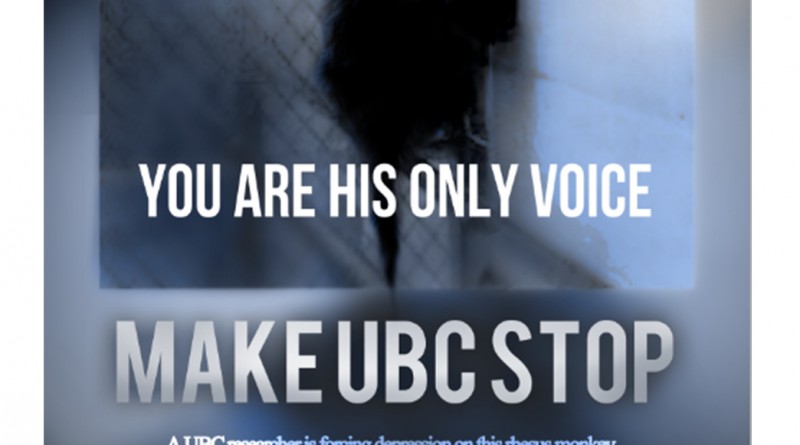 On April 20, 2016, Laura-Leah Shaw, ADAV Society’s President, gave a presentation to the UBC senate. Below is the transcript.

1)  In April of 2014, the Animal Defense Anti-Vivisection Society presented a petition of more than 21,000 names calling for an immediate ban on the 2 most highly invasive categories of research.  We also called for UBC to become a North American leader in reallocating energies and funding into innovative, cutting edge health research and education

Jane Goodall Ph. D. has called invasive experiments on animals “a betrayal of the scientific method” and in her recent visit to Vancouver I was fortunate enough to speak with her about the extent of animals used in research here at UBC. She was saddened to hear of UBC’s practices. Dr. David Suzuki has told us we are up against a very entrenched profession that vilified him for his documentary “Chimps on Death Row”.  And for more good company, we have Gandhi calling vivisection the blackest of all humanity’s dark crimes.  UBC must adopt 21st century evidence-based medicine, which means replacing 19th century animal experimentation.

And UBC’s transformation is beginning – at our urging in 2010 UBC began releasing the number of animals used in research. The numbers have fluctuated over the years, however most recently 182,115 went through the 2014 research process. The fluctuations or any declining number of animals may be due to the recycling of animals – we have asked but UBC has yet to tell us if they are reusing animals, and so the usage may be even higher than their statistics show. Monkeys are deemed expensive and they may often be recycled in neurological experiments where their brain tissue isn’t harvested until the final terminal experiment is completed.

2)  When we look at the Canadian Council on Animal Care’s most recent findings – from 2013 – and we have to ask what is the value of having an inspection of facilities only every 3 years, with the facilities getting 30 day notice prior to inspection – we see the CCAC has some  “serious concerns”  including:

– they found a lack of clear endpoints for projects, meaning animals may be suffering even more than the Principal Investigator originally intended or had approval for

– not enough effort is invested before a protocol is approved by Animal Care Committee (we say, the researcher has the grant in hand with no ethical review by the funding agency when they go before the ACC, and what institution is likely to turn away money that has already been awarded)

– the peer review committee was completely comprised of 10 fellow scientists – has this changed; how is the public to be assured that the animals have any representation at all? In 2012 The Freedom of Information adjudicator ruled that UBC should tell us the composition of the Animal Care Committee, identifying the members along with their affiliations, which departments they are in. There are supposed to be community members on the committee representing the animals interest.

Sean Eccles from the BSCPA has resigned from the Animal Care Committee, having told a reporter that he would probably go to hell for some of the things he had allowed to pass the approval process. To our understanding he has not been replaced by any advocates for animal welfare.

Please forgive us if we are wrong on this point, but with UBC’s lack of transparency and disregard for the Freedom of Information findings, we are left in dark on this issue. In fact one of our members is prepared to volunteer to be on the committee – you are welcome to call upon us. The committee would better serve UBC, the financial supporters and the animals if scientists well versed in animal replacement methods were added to it. If each protocol were to be evaluated with a cost benefit analysis then it would be realized that substantial money would be saved – technology at hand is far less expensive and more scientifically valid than the ongoing expenditure of animal housing, procurement, transport and labour involved in their upkeep.

(Dr Andre Menache, our scientific advisor, says there is an Urgent need for independent, external review of UBC animal research proposals, to include scientists with expert knowledge of animal replacement methods)

– UBC’s new business model is focused on cost containment in particular while the CCAC is concerned that there needs to be active involvement of vets and animal care staff in any decision affecting animals, along with that focus on reducing costs

– Not all alternate housing (where animals kept for more than 12 hours) meets standards; the monkey housing remains inadequate, even in their new facility. Indeed when Dr Welsh’s predecessor Dr Harvey-Clark retired, he brought his concerns about the substandard monkey housing facility to the Animal Welfare Department,

–   Harvard University has closed their primate labs, while New Zealand didn’t use any primates at all in research in its last reporting year. Why then is UBC increasing its capacity for invasive experiments on non-human primates?

–  UBC will not tell us the country of origin, nor the method by which the animals were acquired – wild caught or captive bred – for primates or other animals

–  Recently we have been in conversation with Langara Community College about the company they source some of their dissection animals from. They have given us the company name, and on inspection of their supply catalog we have found that the supplier has the ability to sell large quantities of pregnant cats ‘at specific gestation periods’ to schools across the country. We want to know, both with Langara and UBC, who is overseeing the moral ethics and treatment of the animals that are being sold to science. We’re told that the CCAC has no jurisdiction over the suppliers – so what fox is watching over the hen house, so to speak.

–  When we talk to members of the public at various tabling events, like the Vancouver Health Show at the Trade and Convention centre, the people are horrified to hear what goes on at UBC. People are dismayed to hear UBC continues to use animals in research, particularly non-human primates, pigs, wild caught song birds, cats and fish, and when we tell them the numbers used, and the degree of pain and distress to the animal, most are greatly disappointed in the school.

The university is failing to respect the diversity of cultures, religions, and ethical beliefs that make up our society – students are being made to take part in dissections, donors and tax payers are unwitting accomplices in the torment of animals – this is no way for a forward institution to behave.

–  CCAC was concerned that the ACC met on an average of 15 times a year, and using 2014 as an example, they had an average of 59 protocols to review at each meeting. How could you give the attention deserved to each protocol request with that volume of submissions?

3)  Why do we see a rise of 3.8% in Category D experiments in 2014? And why does the number of animals involved in the 2 highest  categories of invasiveness remain so high at 79,418 animals?

– that is 79,418 beings suffered prolonged, even unendurable pain at the hands of UBC researchers. Animal use numbers in those 2 categories nearly doubled between 2010 to 2011 and have not seen a combined decline.

Respectfully Dr Hepburn, Dr Burt and others – you are failing UBC by not adhering to the 3 Rs (Reduction, Refinement and Replacement of animal experiments), or else why are these numbers remaining high?

– UBC is on the record as saying that there is no regulatory testing, which is testing of products, done by their researchers – why then in UBC’s own 2014 statistical data release do we see a figure of 992 animals used in regulatory testing here in 2014?

– In 2014 57% of animals were used in basic, or curiosity driven, research, that’s 104,199 animals used in research with no actual ‘cure’ in mind – this is unacceptable when coupled with animal suffering. Even in the least distressing experiments, the end result for these animals would be eventual death, because they would be surplus and expensive to look after.

– The ADAV Society has long called for an end to the violent type of research on non-human primates that one veterinary expert, Dr Nedim Buyukmihci, Professor-emeritus at UC-Davis, has described as “cruel and shocking”. Dr Hepburn is on record as stating that UBC has no intention of ending these kinds of experiments. We call for an end to the frivolous type of research that sees rats being addicted to gambling in Dr Winstanley’s work, hummingbirds being disorientated – for what possible purpose? – in another lab, wild caught songbirds being kept in the dark for weeks, then decapitated, and Dr Rossi splicing mice together, pigs mouths being burned with lasers in dental experiments that even the researcher says don’t really translate to human wound healing, and let’s not forget Dr Doudet’s egregious practice of damaging monkeys’ brains to the point where some were so severely disabled they had to be euthanized partway through her experiment.

This must be stopped.

Please visit our Stop UBC website for our act sheet on the kinds of experiments that Dr Hepburn, Dr Burt, Dr Rossi and Dr Welch are routinely defending. There needs to be a Senate oversight committee for research practices, independent from the vested interests of the office of the VP of Research, to ensure that violations are being addressed, and staff concerns are being appropriately considered. A self-monitored, self-regulated system with little or no cost-benefit analysis occurring simply isn’t working.

It is axiomatic that animal research has contributed to the treatment of human disease, yet little evidence is available to support this view. The US FDA has reported that 92% of all drugs found safe and effective in animal tests were either unsafe or ineffective in humans. We may even be turning our backs on possible cures because they don’t work in animals? Meantime real progress has been made through genetic screening, sophisticated computer modelling with virtual human organs and virtual metabolism programs, human tissue relating to human disease and drug testing (animal tissues differ in critical ways), and human stem cells – already successfully treating children with leukemia.

Is it possible that Dr Arvind Gupta, a computer scientist by training, had a 21st century vision of scientific excellence that did not match that of his peers at UBC? Many other courageous academics have voiced their opposition to animal research not only on moral grounds but also on scientific grounds. In June of 2014, the British Medical Journal published both an editorial and an article questioning the validity of animal experimentation as a cornerstone of bio medical research. Almost weekly we are seeing new published papers extolling alternatives and urging their greater implementation – it is fascinating reading and we urge you as individuals and as stakeholders to research the research being done. See if you don’t agree.

And join us please, in calling for an end to invasive research on animals at UBC.

–  Are they just re-categorizing the animals from experiments that cause the most extreme level of pain, Category E to Category D, thereby reducing the numbers in Category E? Classifying the animals is really quite subjective and with so little time reviewing the protocols things like this could be done. 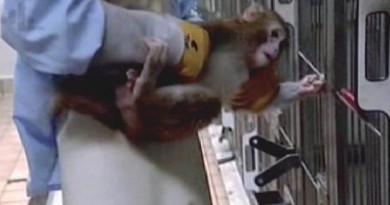 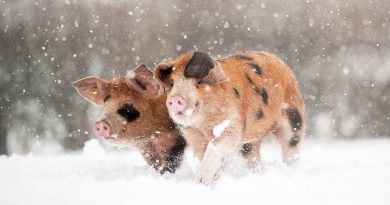 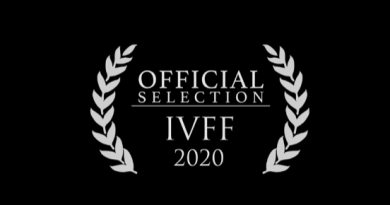