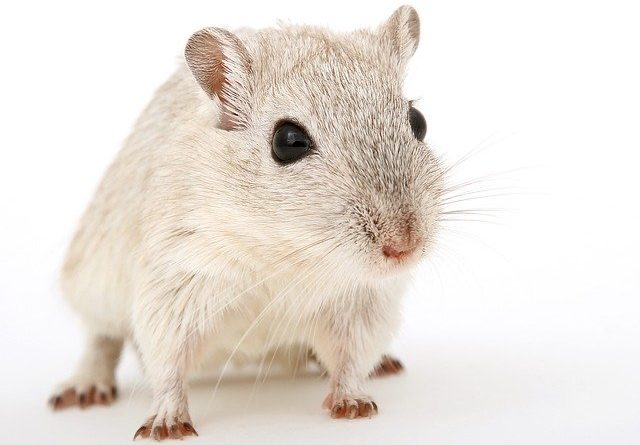 “I don’t think proving this in an animal model is on the critical path to getting this to a clinical trial,” said Tal Zaks, chief medical officer at Moderna, a Cambridge, Mass.-based biotech that has produced a Covid-19 vaccine candidate at record speed.”

As they race to test an experimental coronavirus vaccine, researchers aren’t waiting to see how well it prevents infection in animals before trying it in people, breaking from the usual protocol.

“I don’t think proving this in an animal model is on the critical path to getting this to a clinical trial,” said Tal Zaks, chief medical officer at Moderna, a Cambridge, Mass.-based biotech that has produced a Covid-19 vaccine candidate at record speed. He told STAT that scientists at the National Institutes of Health are “working on nonclinical research in parallel.” Meanwhile, the clinical trial started recruiting healthy participants in the first week of March.

That isn’t how vaccine testing normally happens. Regulators require that a manufacturer show a product is safe before it goes into people, and while it isn’t enshrined in law, researchers almost always check that a new concoction is effective in lab animals before putting human volunteers at potential risk.

“This is very unusual,” explained Akiko Iwasaki, a Yale University microbiologist who studies the immune response to viruses. “It reflects the urgency to develop vaccines to counter the Covid-19 pandemic.”

To some, the sweep of outbreak is emergency enough to justify simultaneously working on steps that would normally be done sequentially. To others, jumbling the order of the recipe seems morally questionable, because there could potentially be unknown hazards and it’s unclear how effective this particular formulation is.

“The traditional vaccine timeline is 15 to 20 years. That would not be acceptable here,” said Mark Feinberg, president and CEO of the International AIDS Vaccine Initiative, whose work as chief public health and science officer at Merck Vaccines was instrumental in the development of the immunization against Ebola. “When you hear predictions about it taking at best a year or a year and a half to have a vaccine available … there’s no way to come close to those timelines unless we take new approaches.”

He knows that it’s important to see how well a new vaccine can stop infection in animals, but to him, given the current emergency, it makes sense to start human safety testing before those studies are finished. “I personally think that’s not only appropriate; I think that’s the only option we have,” Feinberg went on.

Yet ethicists aren’t so sure that the eventual benefits of rushing this unproven vaccine into clinical trials will outweigh the risks. “Outbreaks and national emergencies often create pressure to suspend rights, standards and/or normal rules of ethical conduct. Often our decision to do so seems unwise in retrospect,” wrote Jonathan Kimmelman, director of McGill University’s biomedical ethics unit, in an email to STAT.Related:

The question is complicated by the newness of the science at play. The technology that has allowed Moderna to craft an experimental vaccine so fast has not yielded a single immunization that’s made it to market so far. It’s a trendy idea: Instead of injecting people with a weakened pathogen or proteins from the surface of a pathogen, so that our bodies will learn to fight off such infections in the future, scientists are betting on a kind of genetic hack, a lab-made concoction that gets the body to produce its own virus-like bits which it will then train itself to combat.

At the center of it all is a molecule called messenger RNA, or mRNA. Inside of us, its normal function is to transmit the instructions contained within our DNA to the cellular protein-making factories that carry them out. In Moderna’s recipe, the mRNA is synthetic, programmed with the goal of getting our inner machinery to produce certain coronavirus-like proteins — the very proteins that the pathogen uses to gain entry into our cells. Once those homemade dummy virus particles are there, the thinking goes, our bodies will learn to recognize and clobber the real thing.

The method’s greatest advantage is its speed. The virus behind the outbreak that began in Wuhan, China, was identified on Jan. 7. Less than a week later — on Jan. 13 — researchers at Moderna and the NIH had a proposed sequence for an mRNA vaccine against it, and, as the company wrote in government documents, “we mobilized toward clinical manufacture.” By Feb. 24, the team was shipping vials from a plant in Norwood, Mass., to the National Institute of Allergy and Infectious Diseases, in Bethesda, Md., for a planned clinical trial to test its safety.

Though sponsored by NIAID, the first-in-human experiment is taking place in Seattle, at the Kaiser Permanente Washington Health Research Institute. Researchers began recruiting healthy volunteers in early March. Their plan is to enroll 45 people between 18 and 55, who will get two shots of Moderna’s investigational vaccine, about a month apart. For their trouble, participants will get $100 for each in-person study visit, for a total of $1,100.We want to hear from you: Are you a health care worker affected by the coronavirus outbreak? Please tell us about your experience.

That doesn’t mean the scientists have sped past animal testing entirely. Virologists at NIAID tried the new vaccine on run-of-the-mill lab mice, the institute told STAT by email, on the same day that the trial began enrolling participants. Barney Graham, director of NIAID’s vaccine research center, later added that those mice showed the same sort of immune response generated by a similar mRNA vaccine against MERS, another coronavirus. “That level of immune response was sufficient to protect mice from MERS CoV infection,” Graham wrote.

The trouble is, your average lab mouse doesn’t seem susceptible to the new virus. While the bug behind Covid-19 has no trouble co-opting molecules on human cells to get inside and start multiplying, it isn’t so good at latching onto the mouse equivalent. Although Graham can say the response produced in everyday mice looks similar to one that helped mice combat the virus in their bodies when infected with MERS, he can’t yet say the same thing for the new coronavirus, because the mice susceptible to this pathogen aren’t ready yet.

These pathogen-susceptible rodents were specially engineered in the wake of another coronavirus outbreak: SARS, in the early 2000s. To make them easier to infect, scientists adorned their cells with the human molecule that allows certain coronaviruses to slip inside. But when coronavirus research slowed between outbreaks, scientists couldn’t justify the expense of keeping many of them; so while these mice seem to be susceptible to the new virus, too, there aren’t currently enough for experiments to start.

“Those mice in the U.S. are being bred so that the colony can be enlarged,” explained Graham, adding, that they “will be available for experiments within the next few weeks.”

The researchers have not said outright that they’ll start dosing humans before they have results showing how well the vaccine works in virus-susceptible animals, but when asked whether they would, Graham replied, “Safety and product integrity are the primary criteria for starting a Phase 1 trial and mRNA has now been used in several clinical trials and shown to be safe and well tolerated.”

Kaiser Permanente did not reply to STAT’s request for the informed consent form that trial participants are signing, which is supposed to describe the risks they will face, and like Moderna, referred all questions about preclinical testing for this vaccine to NIAID.

To Holly Fernandez Lynch, assistant professor of medical ethics at the University of Pennsylvania, starting human experiments before finishing all of the usual animal testing first raises a serious question. “We may not be able to minimize the risks as much as we would hope to, because we have the time pressure of the outbreak,” she said. “Are the remaining risks acceptable in relation to the benefits of the research?”

The potential benefits are to have a vaccine against Covid-19 ready for general use as soon as possible. That won’t happen for a year at least. That timeline, Lynch went on, is “insanely fast,” but it probably won’t be fast enough to help slow the current outbreak.

If this research meant a vaccine might be ready by this June, she said, people would probably be all for it in spite of the cut corners. “If we’re talking about us getting a vaccine in June of 2021 rather than March of 2021, that’s a much more uncertain scenario,” she said. “We shouldn’t delude ourselves into thinking that skipping over steps is going to get a vaccine into our hands by next week or next month.”

Even if researchers decide it’s worth forging ahead and testing a new vaccine’s safety in people while still figuring out whether it works to prevent infections in susceptible animals, they need to be ready to stop the human trial if the results don’t look good in mice, said Karen Maschke, a scholar at the Hastings Center, a nonpartisan think tank in Garrison, N.Y., and the editor of the journal Ethics & Human Research — whether that’s because there are bad side effects or simply because the immunization doesn’t work.

Then again, she pointed out, animal studies are often lousy predictors of what will be effective in people.

Moderna itself acknowledges that the task is daunting, and this effort might not succeed. “We have not previously tested our rapid response capability and may be unable to produce a vaccine that successfully treats the virus in a timely manner, if at all,” the company wrote in a document filed with the Securities and Exchange Commission.

What the company doesn’t say is that it has not yet brought a single product to market, even in non-emergency times. The majority of candidate vaccines fail. If against all odds, this rushed project does work out, then the company needs to be extra careful about monitoring what happens to those people who get it, said Arthur Caplan, head of medical ethics at New York University’s Grossman School of Medicine. “The more you speed it up … the greater the obligation you have to track what’s going on when you get it out into the real world.”

He doesn’t see it as inherently unethical for animal efficacy studies and human safety studies to happen at the same time, though he said vaccine skeptics might use this as fodder.

To vaccine-makers, though, Covid-19 may well simply be a test case for other outbreaks to come. As Feinberg, of the International AIDS Vaccine Initiative put it, “This is a world where we’re going to see infectious diseases we’ve never seen before, and we need to get really good at developing vaccines against them quickly.”

Eric is a general assignment reporter.eric.boodman@statnews.com@ericboodman 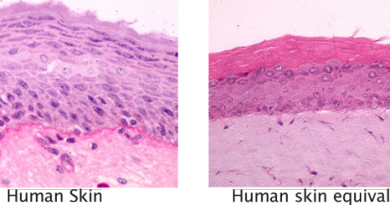 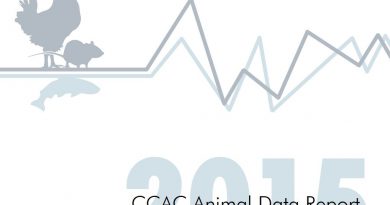 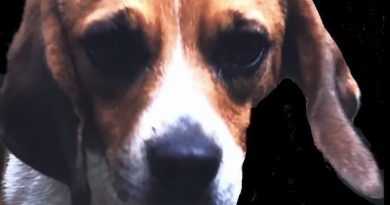 May 20, 2020 ADAV Society Comments Off on Urge protection for animals in Canada’s research labs – petition